Room by room, era by era in the Humenne castle 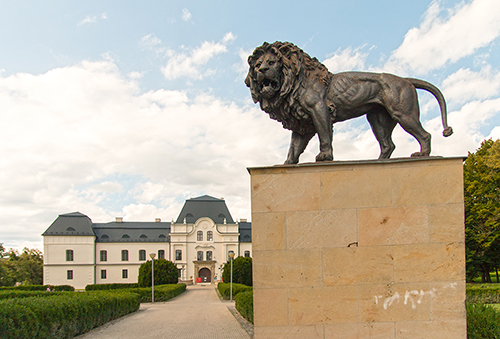 Each of its owners has beautified or degraded, augmented or enlarged it. Nowadays, the focus is more on reconstruction

A audacious-looking male lion stands in a menacing posture on the columns at the gate of the park in front of the castle. It overlooks a quiet square where peaceful citizens walk. Small children ride bikes, their parents have an ice cream, with noise of the city just quietly filtering in here. Tourists have to leave their car in the nearby parking lot.

History itself emerges from the streets and buildings of the 20th century. Walking from the gate to the building that now houses the Vihorlát Museum, the sight of the royal beast remains in our soul, and doesn’t go away. In our imagination appears the image of King Mufasa from the cult movie, the Lion King, as he shakes his mane at the top of the rock. From the previous century, the less rampant guards of the Chain Bridge in Budapest look at us behind our closed eyes. At the end of the promenade lined with carefully trimmed hedges, in front of the main entrance under the inscription “Museum”, we can then see chains as well. The chains of the former drawbridge. We don’t run out of guards either, a lioness looks at a visitor once more before granting admission. Even though she doesn’t show her teeth, she is scarier than her mate. The crowned coat of arms of one of the castle’s ancient lords is safe under her claws. 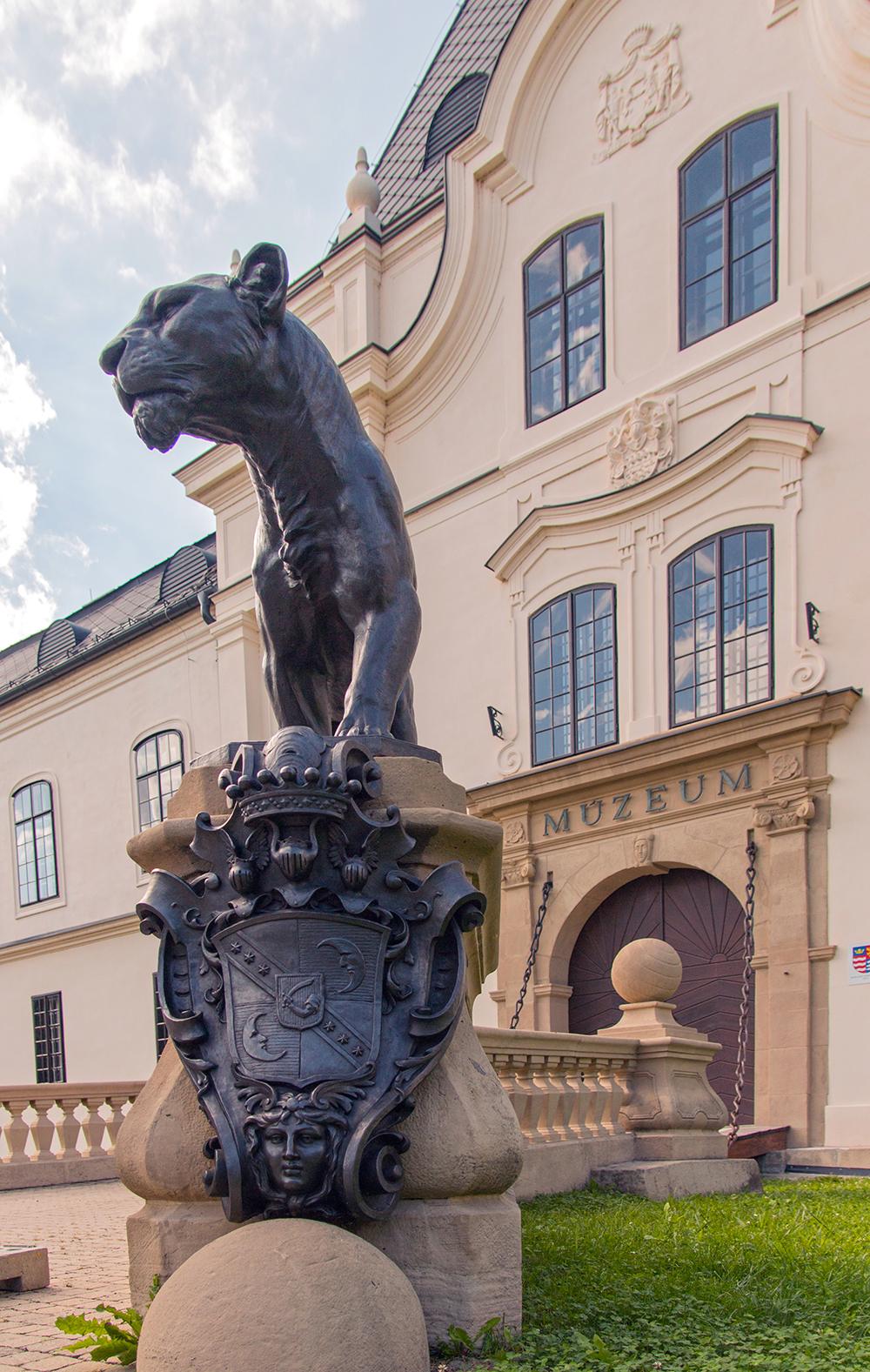 Neither the lions nor the moats protected the city and the fortress that later became a castle in the past half millennium, from frequently changing hands, and very often in a violent manner. The Laborc Valley, where railways  led to Poland as early as the 18th century Reform Age, was a path between the East and the West for both merchants and armies. The list of the lords and the ones who contested their lordship of the settlement overlooking the Vihorlat Mountains is a long one. Among them are the Drugeths, the Csákis, and the Andrássys, whose beautiful castles can be found elsewhere in today’s Eastern Slovakia. According to the chapter of Samuel Borovszky’s monograph series discussing the county of Zemplén, the origin of the construction of the Humenne castle was not recorded in any document, but it was already standing in 1449, and each of its owners beautified or degraded, augmented and enlarged on it. Nowadays, the focus is more on reconstruction.

Much of the work is already done, and as a result of the careful work, walking from room to room, the visitor is very soon touched by the atmosphere, the feeling of life that could have characterized the everyday lives of its inhabitants.

Stepping into the interior, it becomes apparent at first glance that woodwork dominates the stairs, railings, and wall coverings, even the ceiling. There can be no doubt that the planners had good taste, and the plans were carried out by the skilled hands of good craftsmen. The geometric shapes also resonate on the doors and windows richly decorated with gold. A small detail, a small detour, but you can’t escape the attention that your gaze can rest on well-groomed houseplants everywhere.   Besides the scientifically based protective and restorative work, there remains time, energy, and good taste energy to breathe a little life into the place where time is stopped. 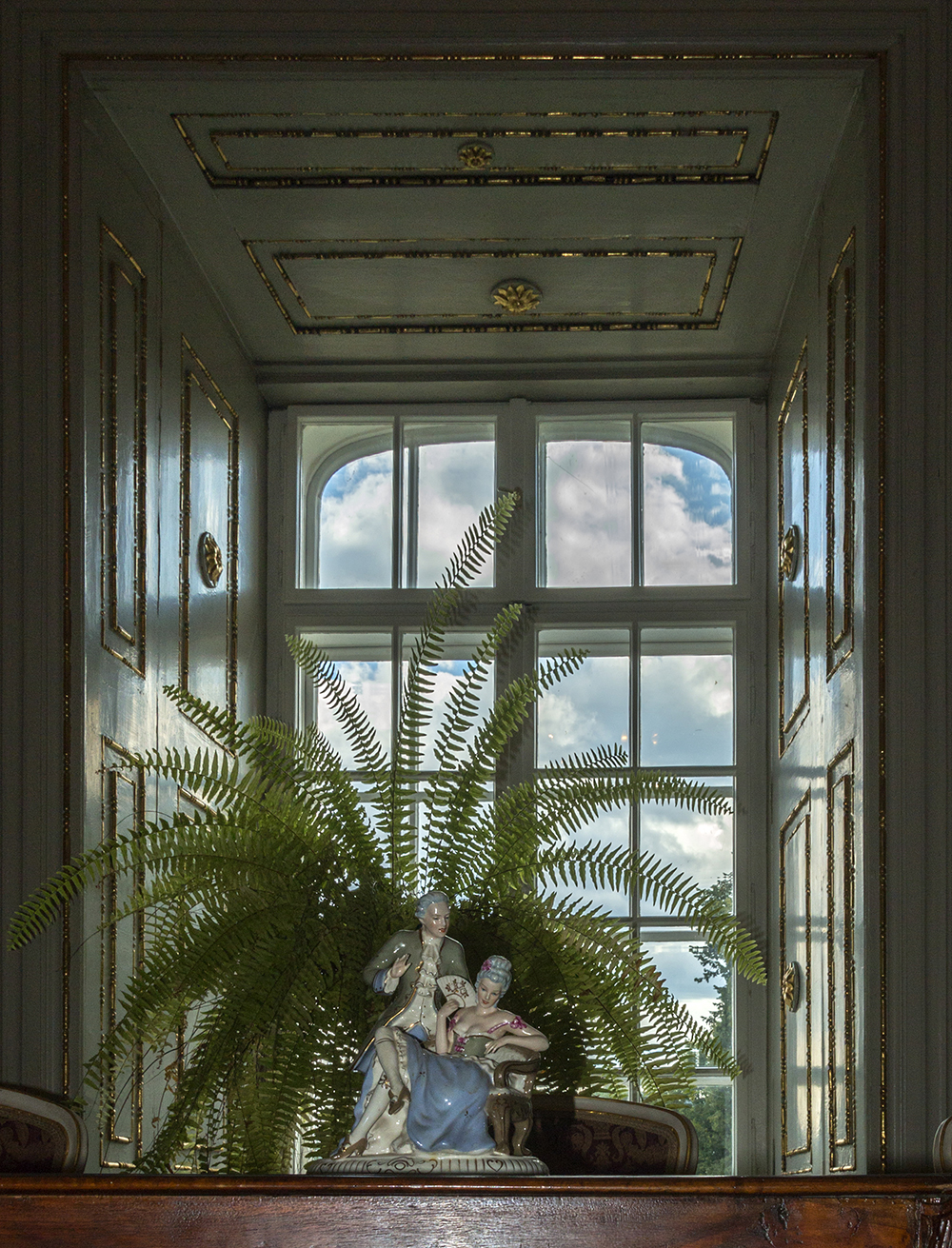 And the romantic meeting under the fern leaves in the intimate window booth is a picture that invokes the sounds of a distant Haydn string quartet. 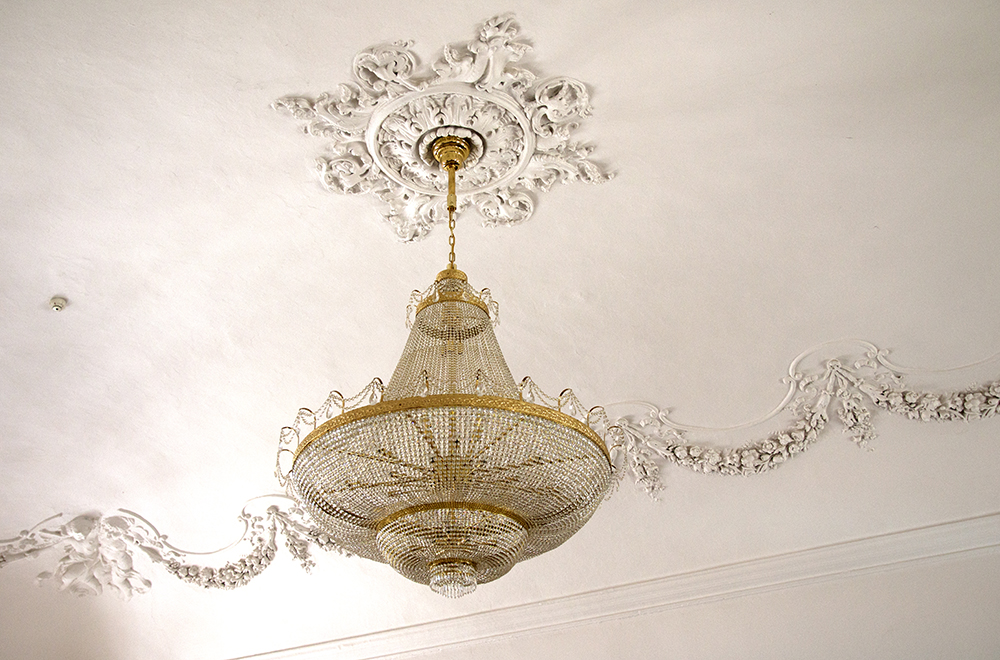 efore returning to the dominant role of wood, we must look up at the ceiling again. In the circular gold frames, thousands of crystals sparkle in a bright chandelier. As I slowly glare at the rosettes on the wall, I think under the greyish-white plaster roses, leaves, and tendrils, the fiche-green leaf ficus is indeed lacking below. And how well balanced and yet noble are all the decorations, furnishings and interiors of the halls, a tiled stove, a wall clock, or a marble fireplace. 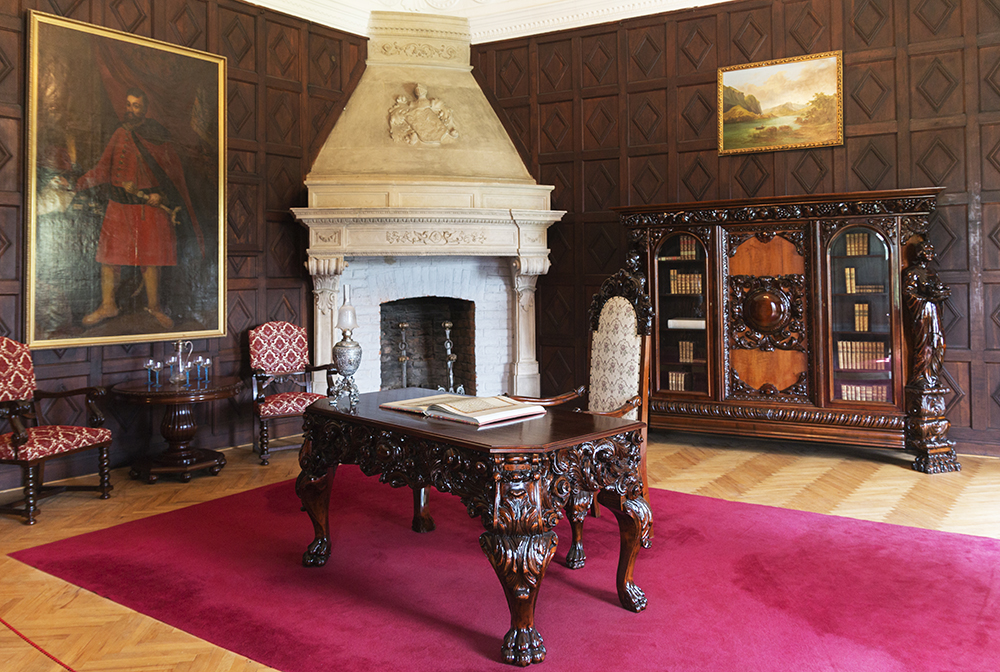 After the geometric shapes, wood also shows up as the raw material of the further decoration. If, after all the sights we witnessed, the memory of the lions outside had faded, it is enough to glance at the foot of the furniture in the large salon. 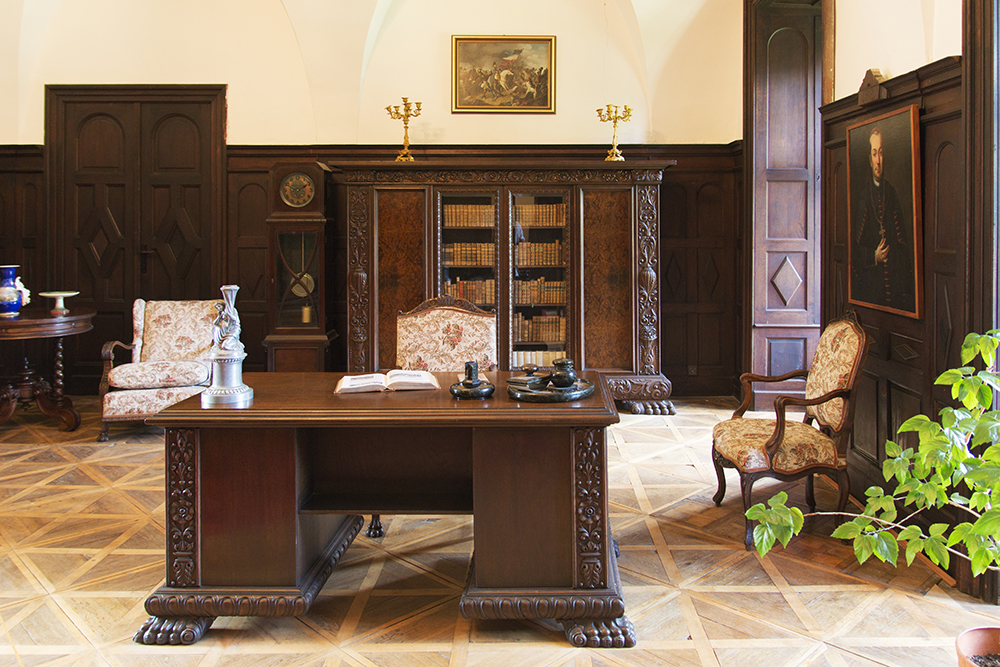 The claws grab into a thick red carpet The rich pattern of the carvings shape leaves and shoots. After the flora and fauna human depictions emerge from the works of chisels and knives. The historical figure in a martial posture hanging on the wall serves as a peaceful counterpoint to the female figure in antique clothing shaped on the corner of the closet

You don’t have to adapt to changed styles in the next room either. For today’s fashionable office word, we could choose a number of adjectives like antique, classical, reform age… Or let’s leave that and dwell on the rarely seen inkwell set on the table made probably of polished granite. Inkwell with a cover lid, to prevent  ink from drying out uncovered. Good heavy ink blotter Is the word familiar? Or you need a dictionary for this? The absorbent paper was attached to it. Doesn’t ring a bell? And the reed feather, the goose feather? It would be worthwhile to go into details and dedicate a separate paragraph to them. We would rather jump to the next room. 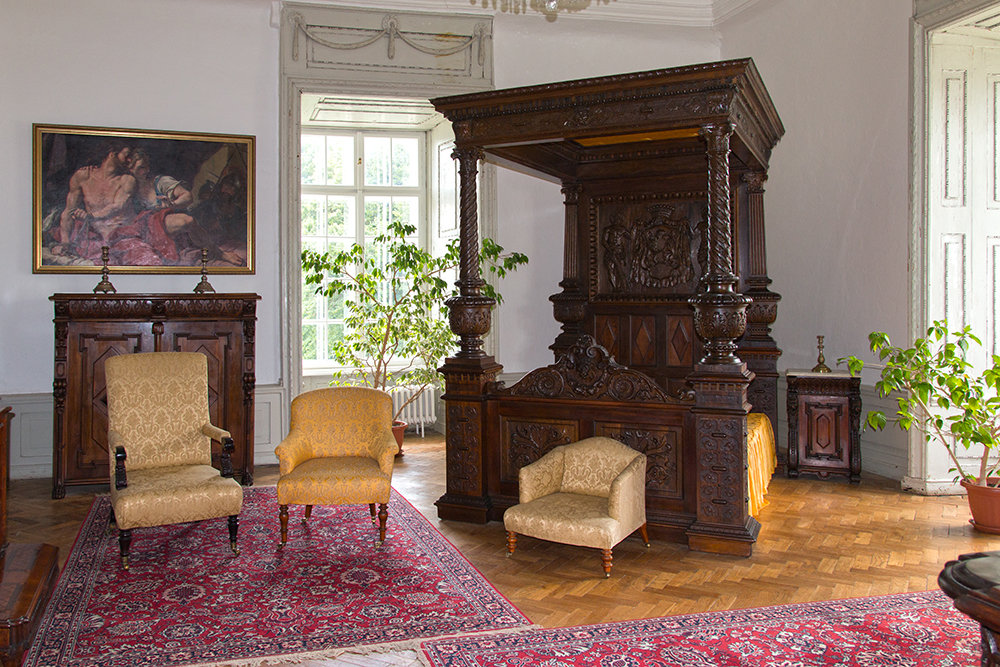 The scene on the mythological painting on the bedroom wall took place elsewhere judging by its background, but it could have happened here as well. Where else but in such a four poster baldachin bed ?! It has well enough material in it, a contemporary craftsman would say and those back in the day must have been carved this a very long time… Those who take time to explore the wildly romantic patterns with their own eyes, will see how richly carved they are. There are clubs in the hands of the two figures holding the coat of arms at the head of the bed. After all, it’s a weapon too. The castle, unlike other such buildings, is full of light everywhere. Here,  the orientation of the two windows shows that this is a corner room, giving an exceptionally nice shooting opportunity for photographers 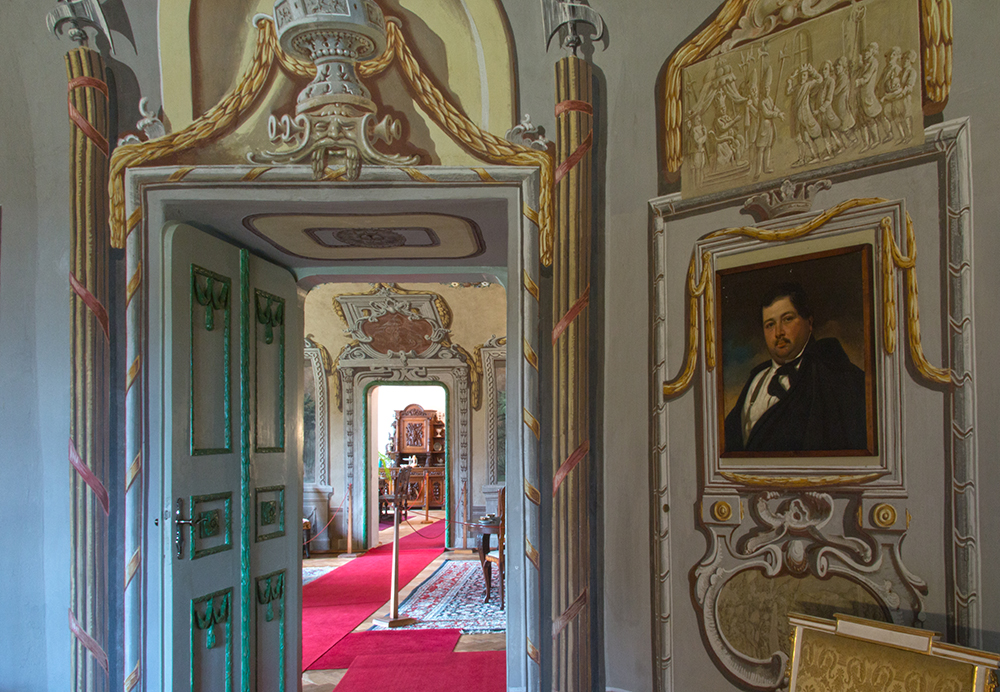 There is no need for flash in the downstairs rooms either.  There is little bit less of the wood carvings, here the visitor can walk on the red carpet among painted wall patterns and stuccos. You can look through the doors of the interconnecting rooms. In costume movies, willowy ladies in bell skirts approach in the company of gentlemen wearing rice-powdered wigs. They are patterned by the porcelain figurine seen above hiding under the ferns.

The richness of painted patterns is enchanting, butthe stray gaze makes an occasional stop at a portrait of a historical character or on a drawing illustration of old events.

The furniture and objects exhibited in the halls reflect the wealth of the former owners and the fact that they were open to the world, to the cultural treasures of other continents and parts of the world. Surrounded by inlaid chairs, you can admire a piece of Far Eastern history. The Chinese tea set made of paper-thin porcelain with its colorful paintings is a masterpiece. Already at the beginning of this article, I mentioned that restoration work is underway in the castle.  What I have seen of it so far has convinced me that the work of skilled hands brings history back to the man of today. 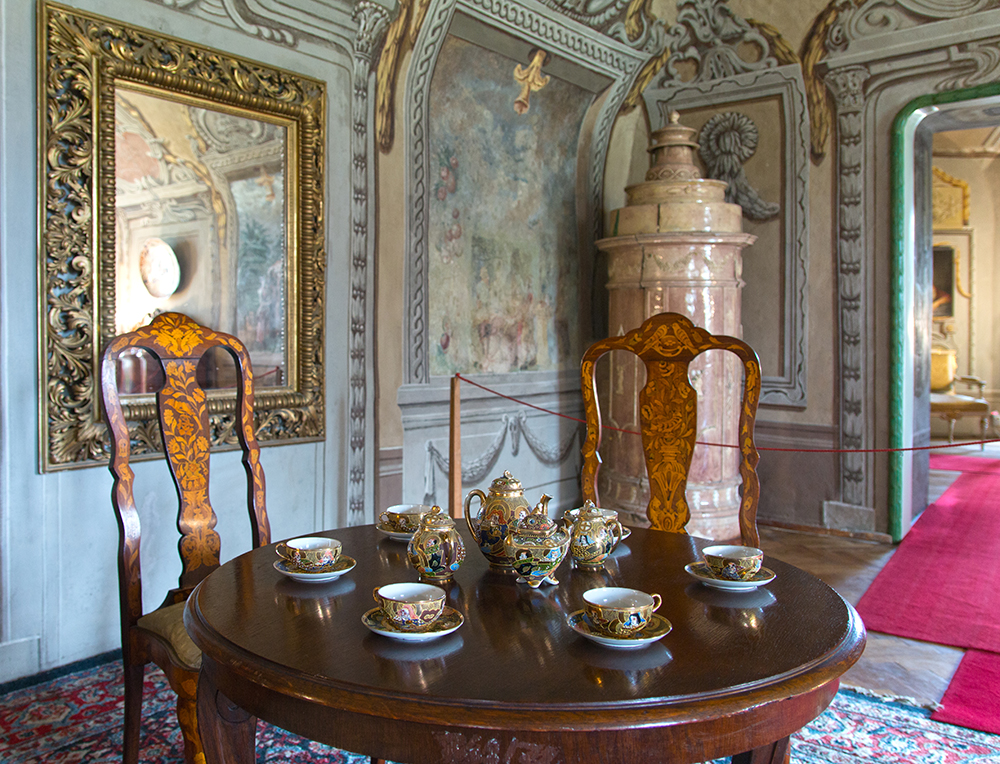 The row of colorful ground-floor rooms make the guest forget that it has been beautifully restored, because they look like the original never restored. In the hall of the Hungarian kings, it is very obvious what it was like before and after. More precisely how it will be after. In the hall of the Hungarian kings, it is very obvious what “it was, it became”. More precisely, it will be. The hall of the Hungarian kings is being renovated in the Vihorlát Museum in Homonna. The walls of the most spectacular room of the Renaissance castle had been decorated with portraits of 50 Hungarian kings and princes – writes the Slovakian internet site, hirek.sk. St. Stephen, St. Ladislaus, or Louis the Great  just to name a few of the rulers included in the 60.5 square meter room in the Vihorlát Museum in Homonna. At the end of the 18th century,  the owner István Csáky renovated four rooms according to the fashion of the time. The most significant of these is the Hall of Hungarian Kings. Presumably the works of the Austrian painter Martin Johann Schmidt can be seen in the room, who depicted the portraits in tondos – according to the article from February 16, 2018. Everything I have seen so far from the castle is very encouraging, I have no reason to doubt that this room will also be perfectly restored. Presently the images of the kings are just carefully stacked side by side, waiting to be placed on the wall. It is a very brave, but at the same time appreciable idea from the museum’s restorers, to present the famous hall to the public even in such an “under way” state. 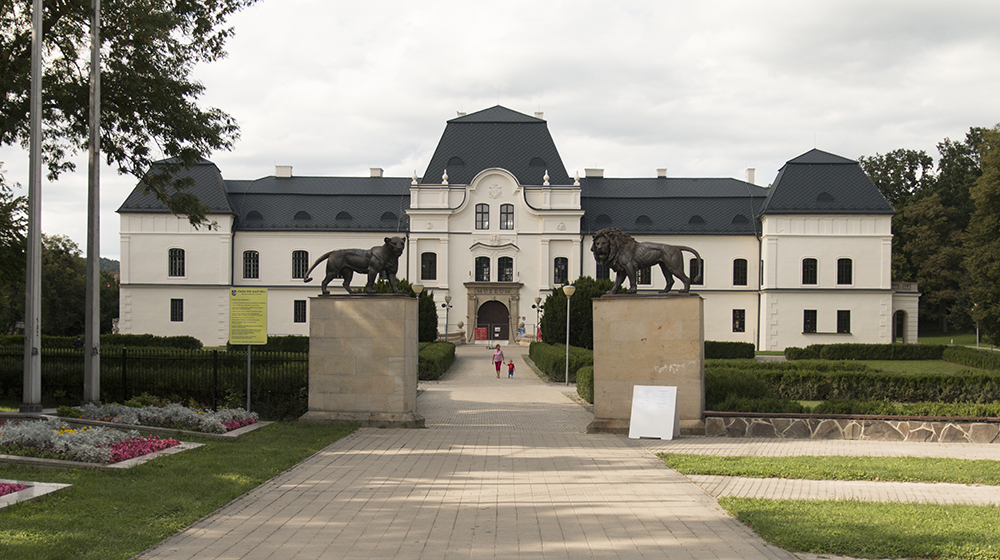 It is a pleasant feeling and a pleasant fatigue to reach the end of the guided tour. Relaxing on a bench in the park of the castle, you can relive what you have seen in your mind, and walking around the building, you can see that more than half of the huge enterprise is yet to be finished. Humenne Castle, a witness to the great epochs of history, is regaining its historical status as a cultural treasure of universal value for the people of today and their descendants.

Click here to see our gallery, to see the images in large size, high resolution! 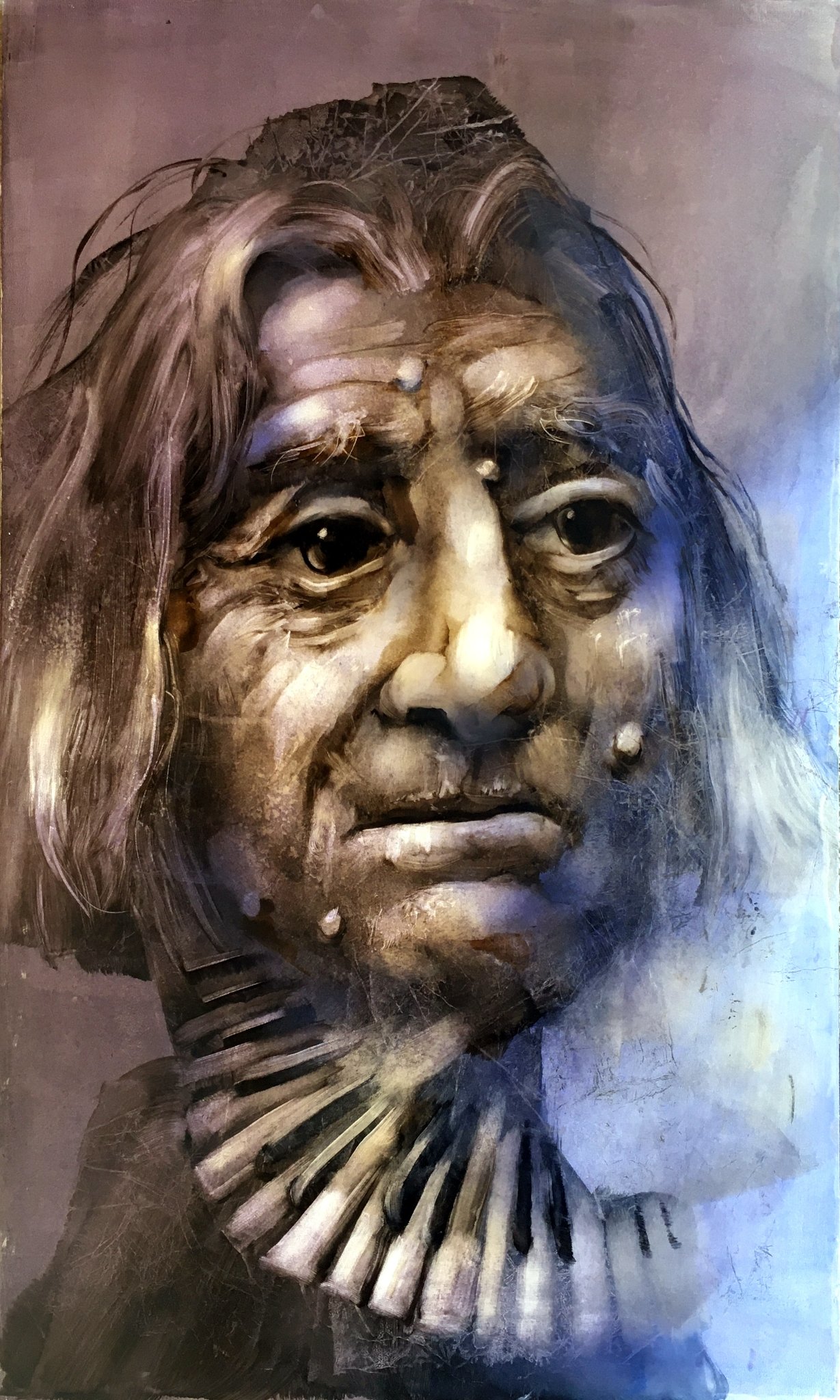 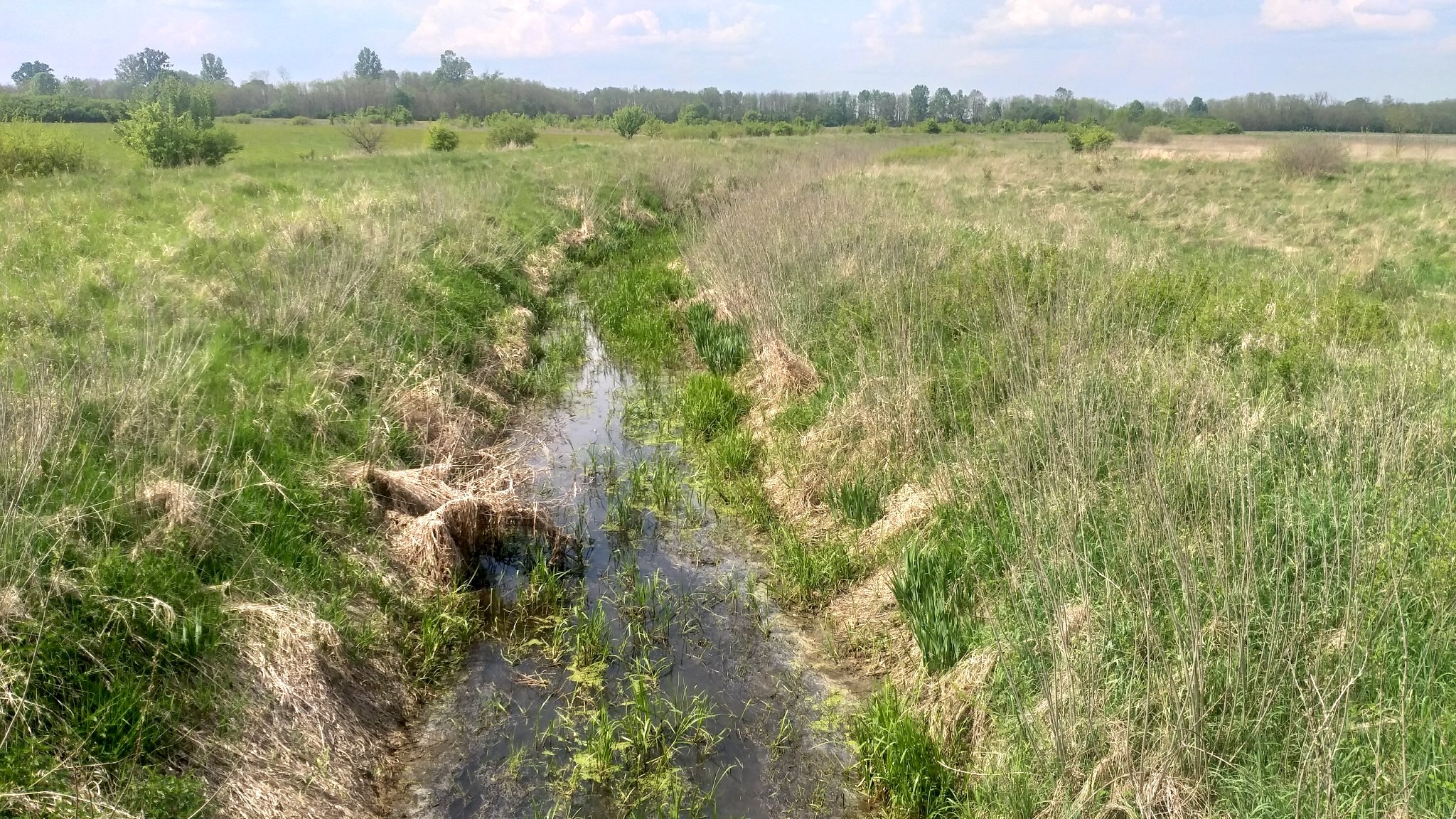 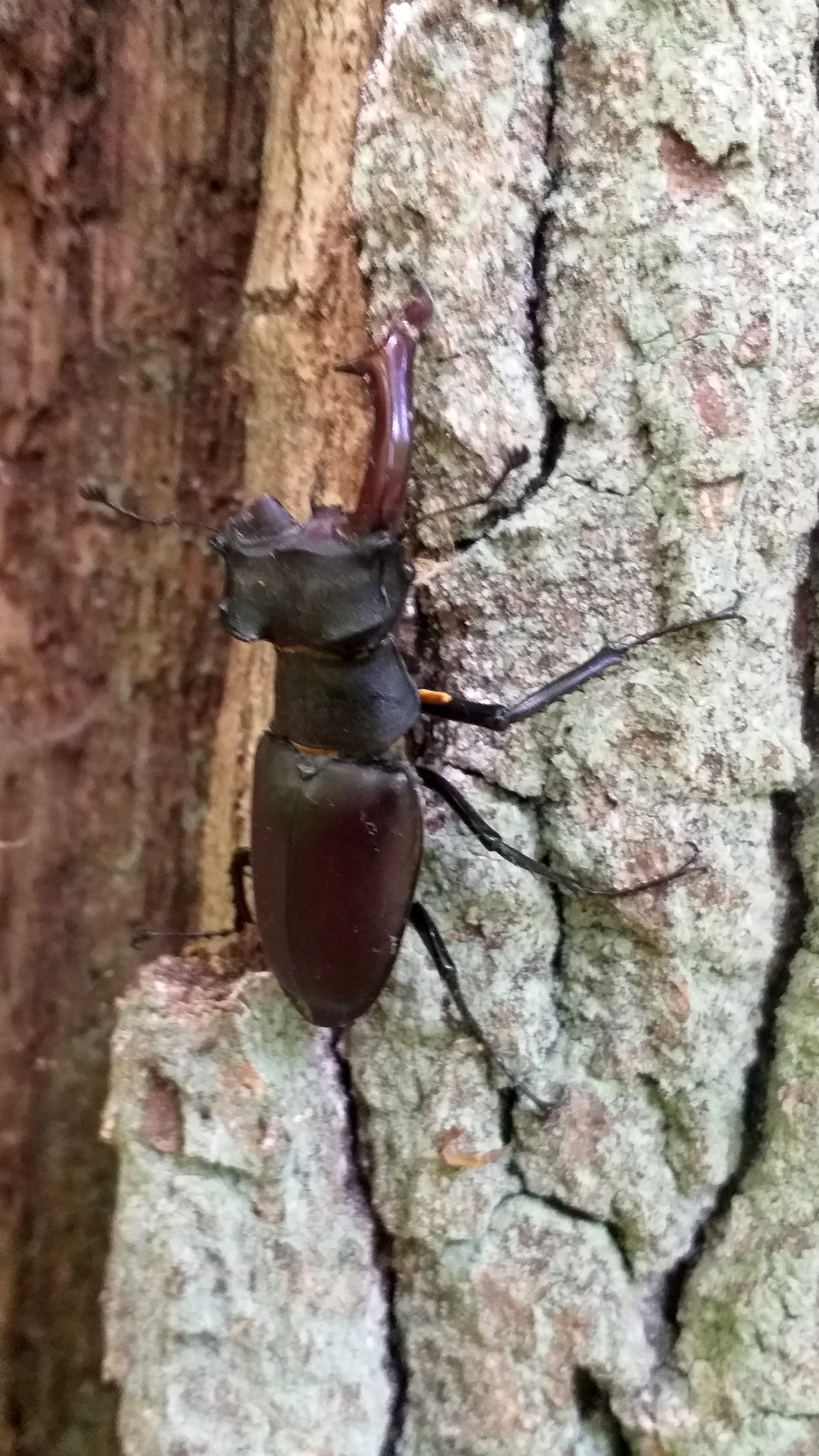 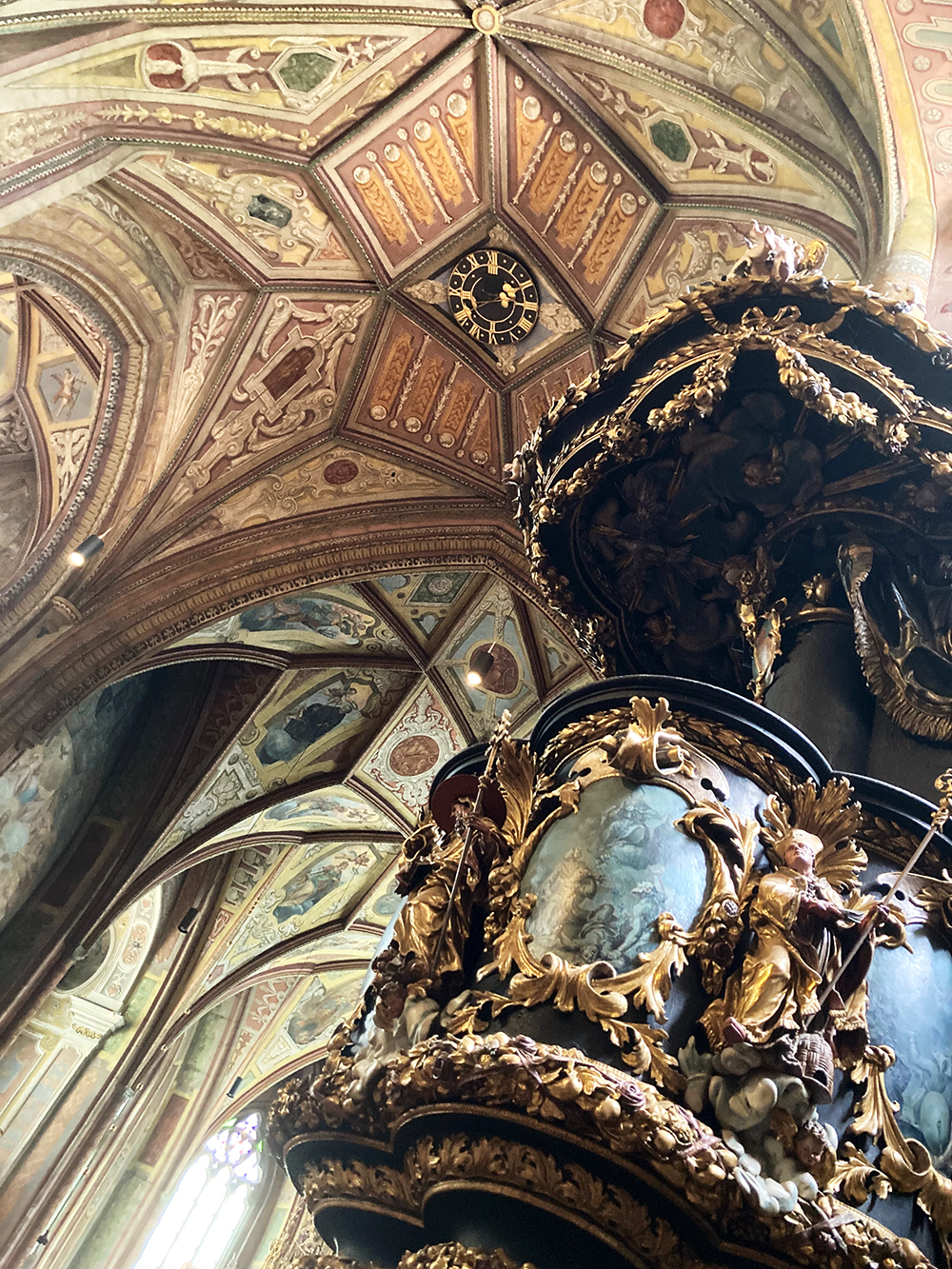 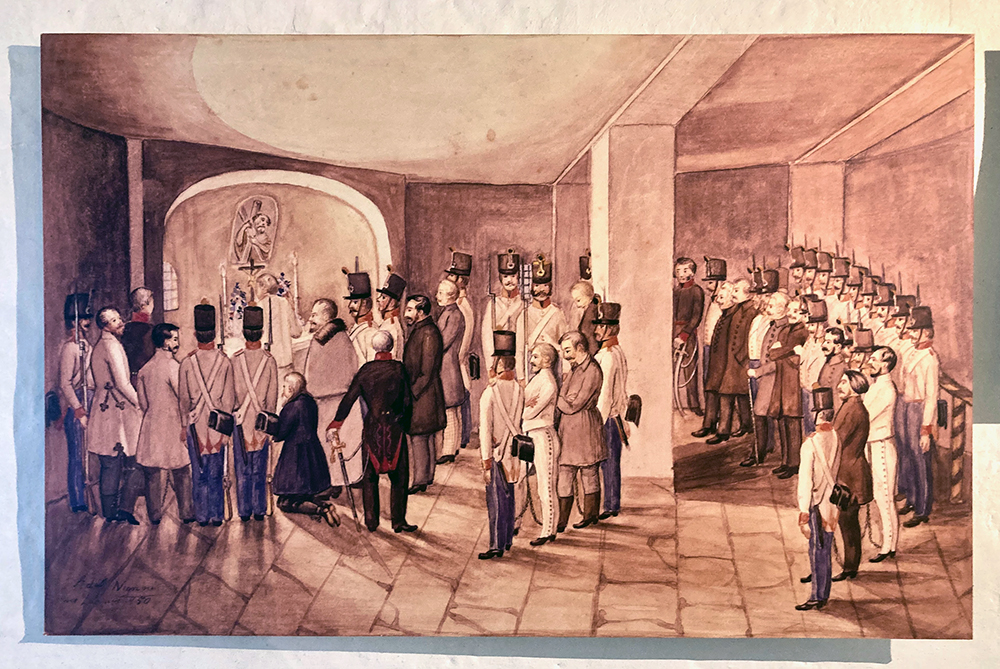 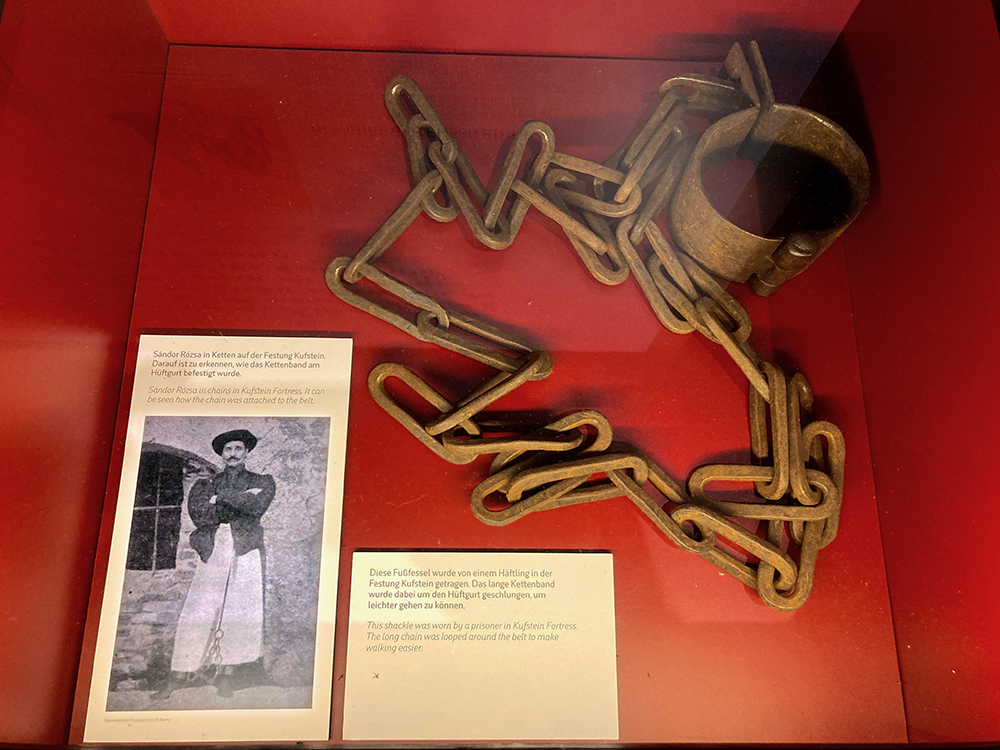 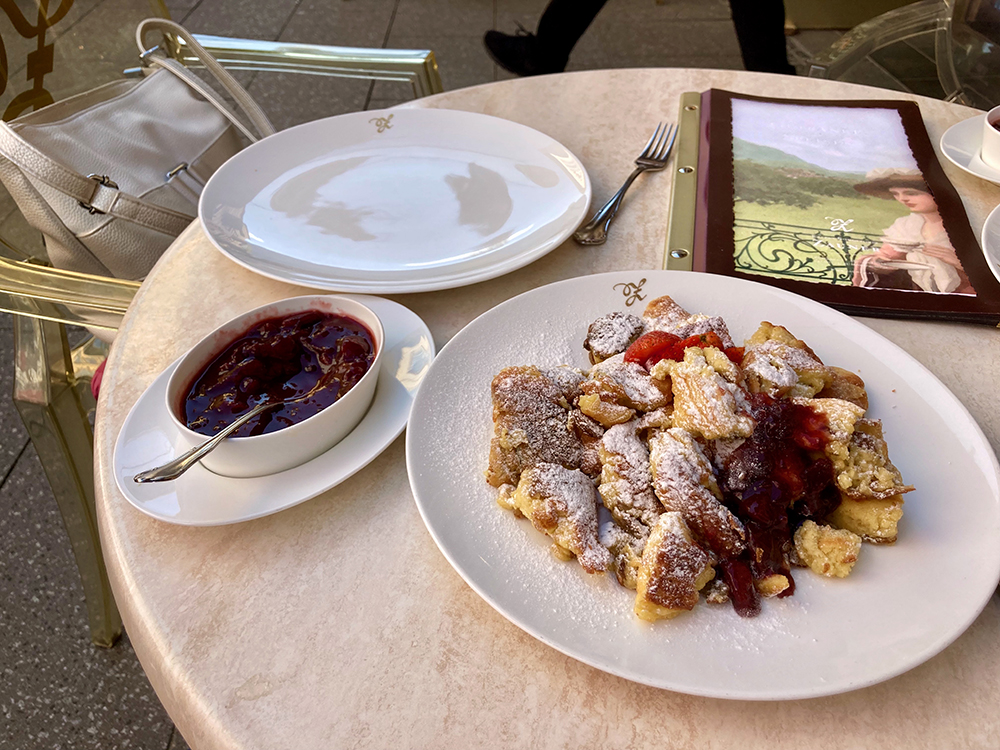 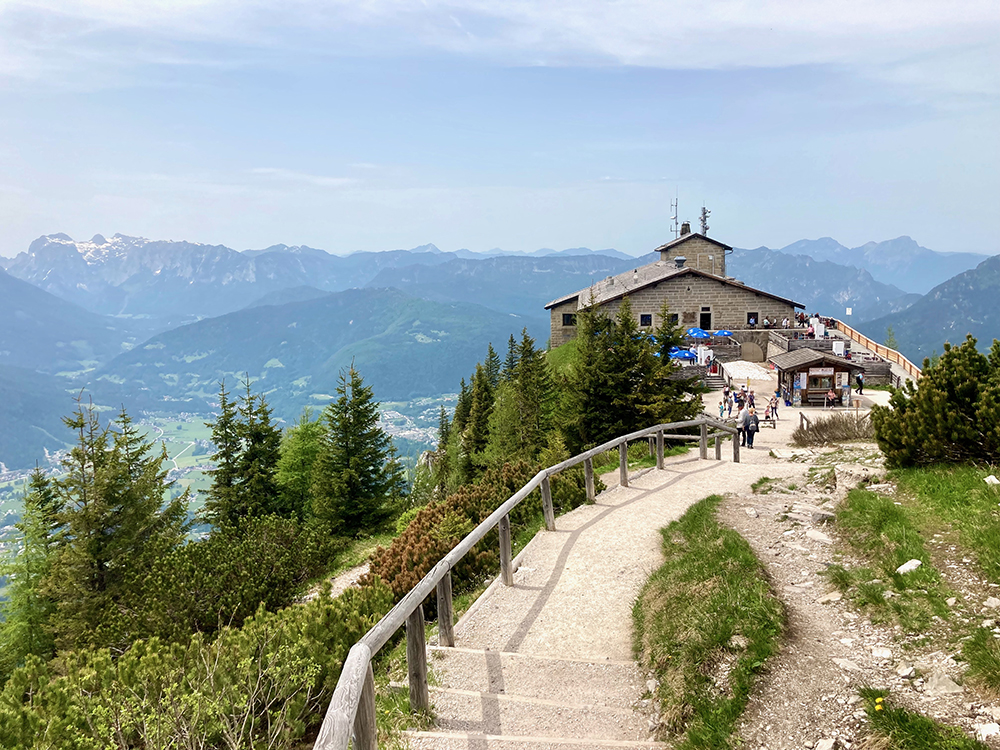 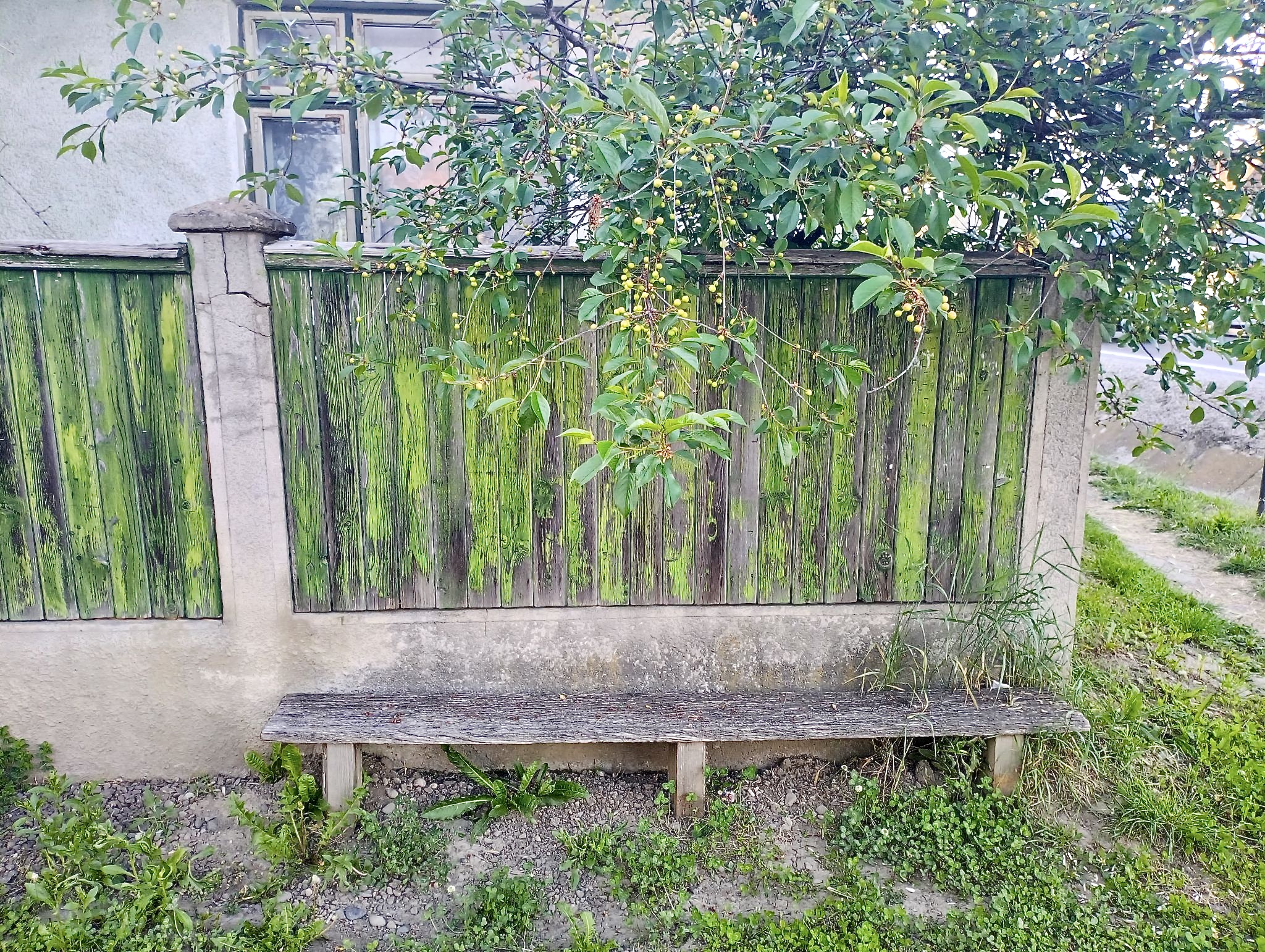